A Day on the Farm with Hilton 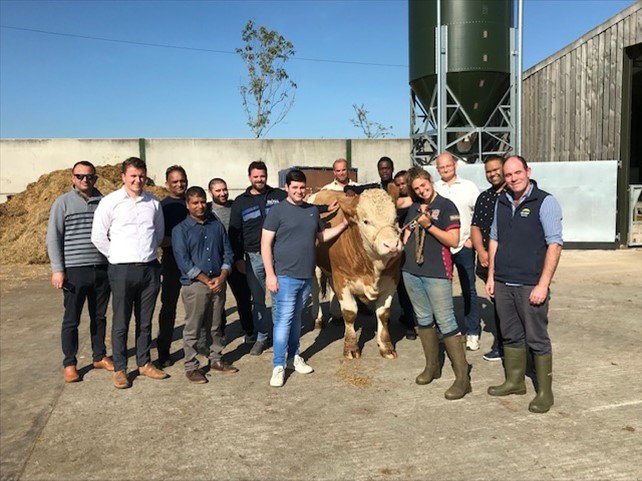 A group of chefs from Hilton spent a day at Red Oak Farm. The farm is run bt George Coles and his family and has a herd of Red Angus and pedigree Simental Cattle. The herd is 320 strong and has 124 breeding cows. As well as establishing his own herd of cattle, George has played a major part in establishing a new pedigree Red Aberdeen Angus herd using new genetics imported from Argentina. He dealt with the whole process from importing them from Argentina to calving the first batch of calves. George has also played a major part in developing the new farm complex for the herd he looks after, this means he now has direct contact with some of the best specialists in the cattle building design world.

George was runner-up in the Outstanding Producer for Innovation England and Wales category at the M&S Farming for the Future Awards 2016. In the same year he was also nominated for the McDonalds Outstanding Farmer Awards and a Countryside Alliance Rural Oscar. In 2017 he was again nominated for the McDonalds Awards, this time he won the Outstanding Beef Farmer category and was fourth in the overall competition and made the finals of the British Farming Awards.

The day was enjoyed by all and everyone took away a more detailed knowledge and understanding of UK beef farming.