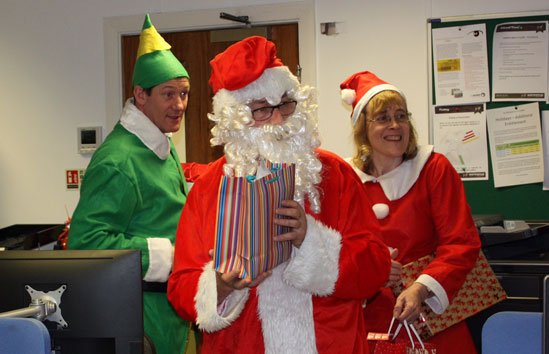 As in previous years we held our Christmas Charity Raffle on 21 December 2016.  The raffle prizes were donated by Suppliers, Customers and the Directors and tickets were sold to our employees and proceeds went to our chosen charities. Last year we managed to raise just over £7000 and we were determined to match that this year. Our chosen charities were Francis House Childrens Hospice and MacMillan.  (please see attached letter at the end of this article) and we’re really pround to announce that due to a fantastic effort by all those involved we have raised £9,500!!!!

We also held a Christmas Jumper Day on 21 December 2016 and the lucky winner was our IT Manager, Neil Cawley, who won champagne & chocolates following a vote in the office. There was no need to count the votes as he virtually wiped the board. 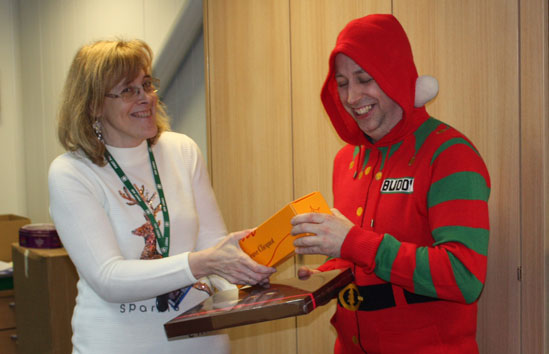 On 23 December 2016, Father Christmas took time out from his busy schedule to hand out the Secret Santa gifts in the offices along with 2 helpers. 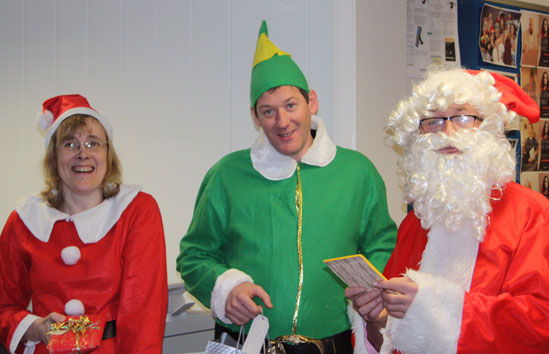